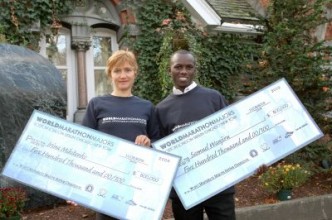 The Boston Marathon and Virgin London Marathon will both celebrate event milestones in April as the World Marathon Majors Series resumes with star studded line-ups of the best marathon runners in the world competing on both sides of the Atlantic Ocean as they chase the $1 million series jackpot. With most of the top WMM Series points leaders in action led by reigning